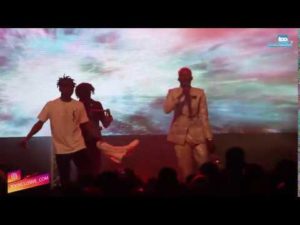 Just like the popular saying, ” Like father like son,” Starboy Terri follows in wizkid’s shoes to shut down “The Mayor of Lagos” concert with a banging performance.

The Starboy signee performed “Soco” and other songs to the ecstasy of the excited crowd.

“Starboy Terri Follows In His Boss’ Shoes As He Delivers Star Performance At Mayorkun’s Concert || Watch Video”, 5 out of 5 based on 1 ratings.