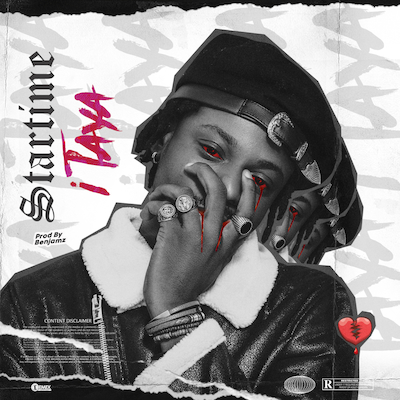 Startime releases new music titled ‘I TAYA’. The song is an Afrobeat Dancehall track with a touch of ‘Old Skool’ flavor. Nnaji Victor Chidiebere professionally known as
STARTIME is a singer and songwriter born on the 14th of May 1994.

He began his musical career at the young age of 16, originally from Ebonyi state born and brought up in Enugu state (042) his background influenced his music and growth. He released his debut EP NEW GENERATION on the 12th of June under the

NON-STOP RECORDS imprint and is set to drop another EP before the end of 2021. His last release ‘Where we come from’ gained massive support.‘I TAYA’ was produced by Grammy-nominated producer ‘Benjamz’.