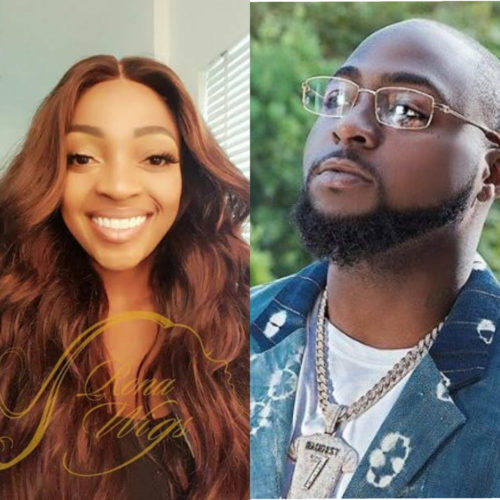 Davido’s sister, Sharon Adeleke has announced to up & coming music acts and others of like minds to stop sending her messages on social media as she isn’t in any way a music representative of Davido or DMW.

Sharon who is Davido’s elder sister and a business woman who owns a hair and accessories company; Ronawigs, took to her Instagram page to make a video to address the issue which seems like an overwhelming one. In the video, she says she might be Davido’s sister but she doesn’t get involved in anything pertaining to the business side of his music and as such, she wants people to stop sending her messages about linking her up with Davido. She says if the messages persist, she would be left with no option than to block the senders.

She said; “I am in a meeting but i just feel the need to say this real quick. I am not A&R for DMW. Do you understand? I don’t do music, i’m not a music person. stop sending me music, stop asking me to link you up with David, otherwise i’ll block you. Period!”

Davido’s sister clears the air. Stop sending her DMs to link you up with David. Please, leave her alone to her personal life Oo… ??? #WorldBlockingDay