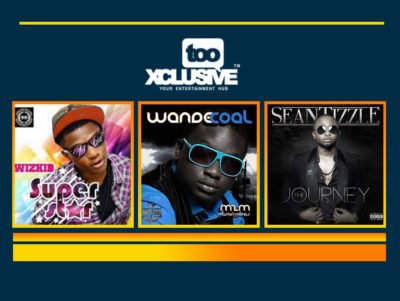 On today’s episode of Throw Back Thursday, We have decided to bring back the memory of three debut albums Wande Coal’s “Mushin2Mo’Hit”, Wizkid’s “Superstar” and Sean Tizzle’s “The Journey” since we are in the month of album release.

These three albums were everything as at their time of release, they all won awards and got major recognitions.

Wande Coal‘s “Mushin 2 Mo’Hit” was his debut album and it was released under Mo’Hit in April, 2009. The album consist of 16 tracks with hit songs like Ololufe, Bumber 2 Bumber, Ten Ten, You Bad, Jehovah, Kiss Your Hand and Who Born The Maga among others.

Wizkid‘s “Superstar” was also his debut album under EME and it was released in June, 2011. The album consist of 17 tracks with hit songs like Pakurumo, Love My Baby, Holla At Your Body, Don’t Dull, Tease Me and For Me featuring Wande Coal among others.

Sean Tizzle‘s “The Journey” was released in April, 2014 under Different Entertainment. The album consist of 17 tracks with hit songs like Mama Eh, Loke Loke, Igi Orombo, Kilogbe, Take It and Perfect Gentleman among others.

Well over to you guys between “Superstar”, “Mushin 2 Mo’Hit” and “The Journey”, Which are you still jamming and is the Best Album?