“Surulere”, “Gift”, “Collabo”… What Are Your ‘TOP 7’ Don Jazzy Collaborations? 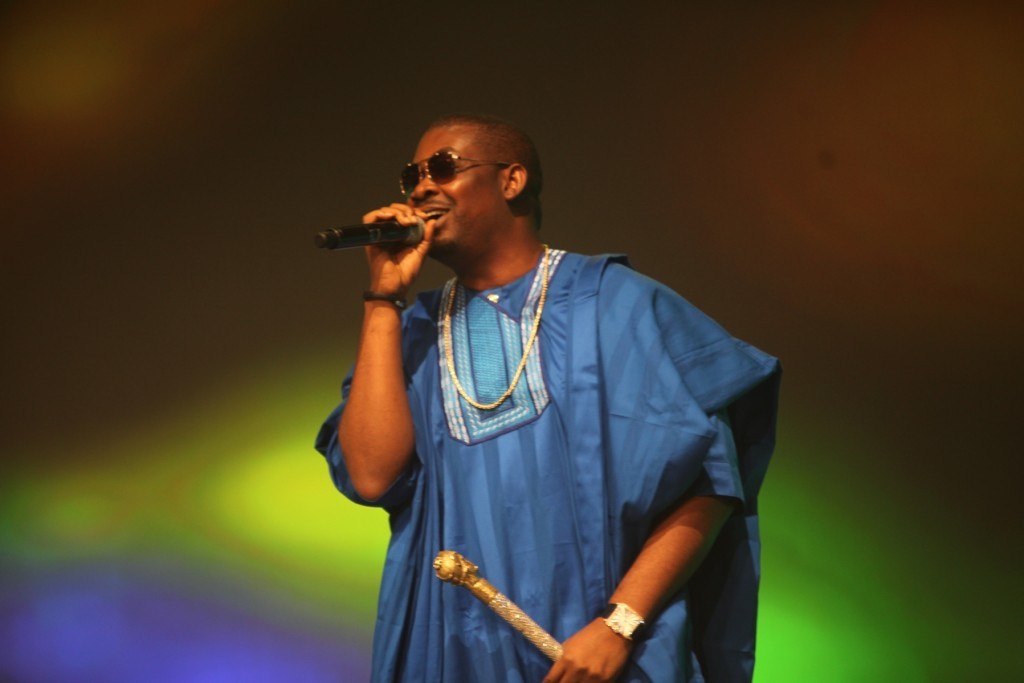 Birthday or not, Don Jazzy is one man who will always remain talked about for as long as music tarries. He most definitely will produce more hit songs for the Mavins’ and serve to our relish, his one-of-a-kind baritone tenor in vocal assist. Oh! I almost forgat he’s on Twitter and Instagram too. Anyways, while the likes of Timaya, Tolu, Iyanya, Wale, P-Square, Olamide, Kcee and Ayo Vincent were all privileged to have been blessed with IDJA’s golden voice, I’m particularly enthusiastic to know who will be next… perhaps Seyi Shay, maybe Praiz or even Pasuma sef, you can never tell!

Don Jazzy had been a target most specially by industry critics and comedians who didn’t fancy how too often he administered his “cry baby” vocals on most D’Banj songs then, and other mates signed to the Mo’hits crew. Undeterred by them naysayers, he continued this feat with Tiwa Savage in the new Mavin dispensation and obviously didn’t spare his triple-threat recruits in the launch of Mavins 2.0. The humbling part is that he’s never referred to himself as a singer or vocalist especially now that he appears to be in full ‘honership’ of his voice. The art of singing requires impeccable vocal skill but Don Jazzy has advanced past that by stylishly improvising with an unusual vocal swag and a comical approach in his lyrics. He’s attained that level of sheer genius where he can batter well on any music genre or beat, and with just about any artiste. But of course, that’s the edge he has being a badass music producer. And so without us knowing or taking count, Don Jazzy has (lowkey) amassed an impressive list of vocal features.

On this post, I shall be sampling your top 7 picks on Don Jazzy featured songs. This includes collaborative features with the Mo’hits/Mavin crew and songs by other artistes which he featured on. Can I also add how this selection has by far been the most difficult and toughest choice we’ve had to make at tooXclusive? Don Jazzy’s features are too damn good that we raised the toll from top 5 that it originally was to top 7 just so we could accommodate the very best of his songs. Yet, we wish we could magically add more songs and still keep it at a count of 7.

The TX music team have shared their top 7 picks as presented below. Y’all can go right ahead to share yours by commenting below.

aL Yhusuff’s Top 7
7. Bestie by D’Prince
6. Dorobucci by The Mavins
5. Sugar Baby by Reekado Banks
4. Skelemba by Olamide
3. Endowed Remix by D’Banj
2. The Kick by Wande Coal
1. Gift by Iyanya

Sola’s Top 7
7. Some More by Modenine
6. Pere by Mo’hits
5. The Kick by Wande Coal
4. Wine Am Well by Ikechukwu
3. Without My Heart by Tiwa Savage
2. Gift by Iyanya
1. Dorobucci by The Mavins

I’m Following Burna, Genevieve & D’banj And They Are Not Following Me Back- Don Jazzy Vents on Social Media