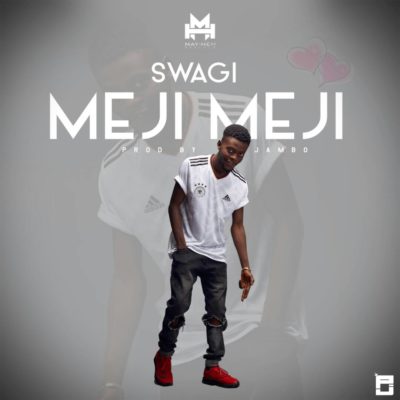 New music sensation on the block goes by the name Swagi. Born Azeez Rasheed in November 1993 and hails from the western part of Nigeria. Unlike other acts who started music from church, Swagi started from the mosque and has been doing music since 2009. Swagi got signed to May-Hem Records in 2017 and here is his debut single Meji-Meji produced by Jambo. It’s a fusion of Apala and Afrobeat which he likes to call Cubani.
Born Rasheed Azeez Ishola on November 1 1993, He’s from an Islamic family, from the western part of Nigeria – Ibadan, Oyo state. Graduated secondary school in 2009 and since then, he’s been doing music. He got his stage name (Swagi) from secondary school due to his style of music, dressing and the way he does his things. Since he was 9-years-old, Swaggi has been doing music and has been representing his Arabic school (Daluwaf/Daryl huda wafalah) on various occasions as competitor and Arabic motivational doer – So he started music from the mosque. Since then, he started building a strong passion for music (Afro beats, Rap and Hip-hop) and his uniqueness is his style of music (cubani). Cubani is a different style of music that sounds like afro Apala. Swagi discovered it in 2016 when he gained interest in afro beats and highlife songs and his consistent listening to baba Fela. My first recording (2009). Swagi gets his inspiration from Barrister, Ayinla Omowura, Fela Anikulapo Kuti and Tuface Idibia. Swagi’s perception to music is life, love and understanding.