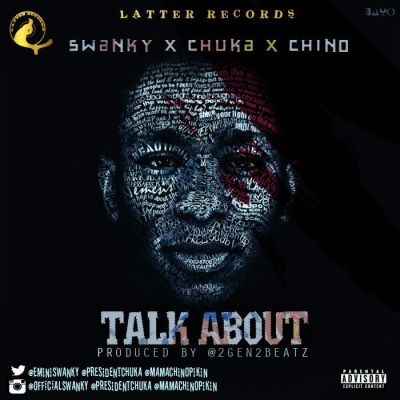 Talk About is an uprising mid-tempo jam that will definitely make you nod your head based on the beat and you will meticulously giggle because of the lyrical content. This song will surely be a street favorite and it will find it’s way into clubs in Lagos and radio stations all over town.

Swanky is a rapper from Bariga and so are the other two acts on the song. Each of them delivered fierce vocal cuts with high level of creativity. This heavy record is produced by 2gen2beatz.