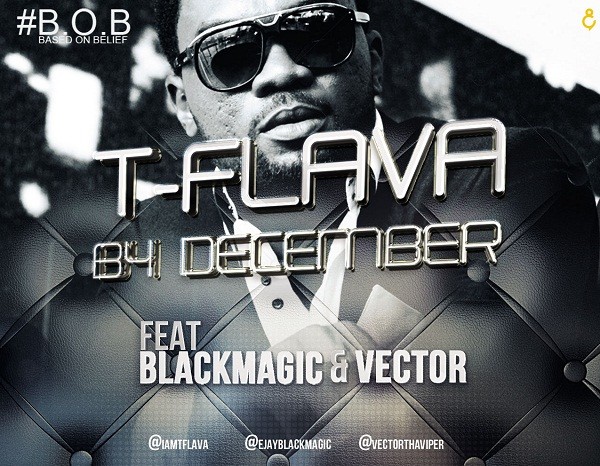 “Musician, singer, song-writer and fellow believer of the Based of Belief movement T-Flava returns with a massive collaboration seeking to seal his footing in the music arena titled ‘B4 December’.

Popularly known for his previous singles ‘Sisi Eko’ and ‘Who’s That Girl’ as well as his production works for Yemi Alade and Black Magic, T-Flava laces his silky smooth voice singing about achieving set goals before December not-forgetting the stellar additions by Black Magic and Vector making this smooth track addictive and infectious.”