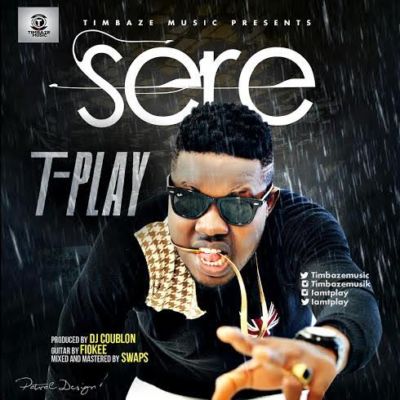 TimBaze Music front man TPlay follows up his steps to stardom in Grand style with new single “Sere“.
TPLAY, known to be a vocal power house with a good taste of Afrobeat ?and highlife music which sets him apart from his contemporaries.
As a member of his ex music group TBreeze, TPlay played a vital role in churning out a quite good number of hit records which includes the famous “Kowale” which was released with a crystal clear video.
Here is new offering from the next big artist Africa has to offer.!
With Fiokee‘s guitar prowess, the song was produced by heavy weight award wining music producer DJ Coublon, Mixed and mastered by Swaps
Listen and Enjoy “Sere” by TPlay!