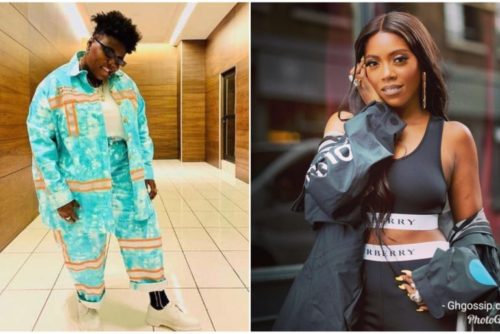 Teni has narrated the story of how she was surprised by Tiwa Savage on a plane that left Dubai for Lagos on Monday.

The “Billionaire” singer revealed she was seated in the plane getting prepared for the 8-hour flight when she heard someone whisper “hello” to her ear. Sh e revealed she turned back to identify the face behind the voice and she was surprised to see Tiwa Savage. Teni felt excited and humbled at the humility displayed by the “49-99” singer at least not until she discovered Tiwa came to try her luck about getting a billion from her.

She wrote; “TiwaSavage surprised me yesterday didn’t know she was on the plane, she stood up from where she was to come say hello to me!!! Thank you for honoring me. God will honor you??????” Tiwa on the other hand responded that she stood up to greet Teni to find out if she has any spare billion.”

Both singers were at the recently held One Africa Music Fest in Dubai and possibly didn’t meet at the event, hence, the reason the meeting on the plane exercised excitement and bliss.