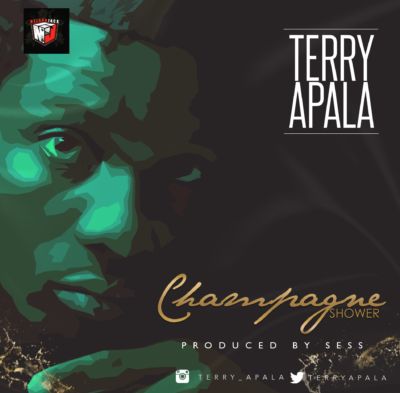 The fresh sounds of Terry Apala which is a welcomed change to the Nigerian music industry is hitting hard on the streets, major radio stations and music charts etc. Signed to Nelson Jack Music, Terry Apala is poised to share his undiluted talent with Africa and the world.
By popular demand; the street-hop royal Terry Apala has released the music video for his infectious Sess produced single “Champagne Shower”. The visual of the smash hit single was directed by Tunji Lanre of RGB Studios, comes after his received single “Mo’ Popular”.
The Delta State bred star with the funkified apala rhythm on a hip-hop instrumentation is redefining the grass-root flow of the elders, with his expected debut album titled “Apala On The Beat”.

Watch the music video below!
[youtube]http://www.youtube.com/watch?v=7DQSzoze-aU[/youtube]