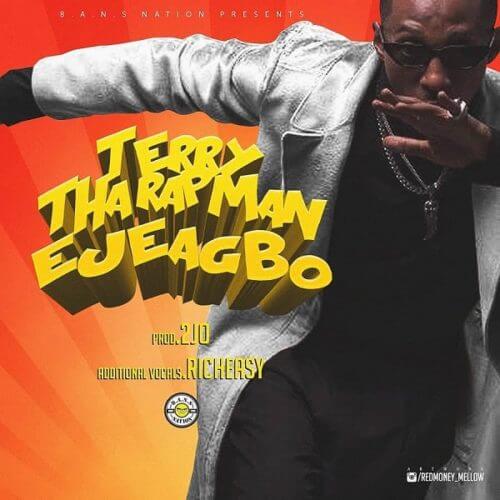 On this record ‘Ejeagbo‘ the Sans Nation rapper says “Competition is ghost, i no dey see anybody” and the fact that he is untouchable. Terry talks about those that wants to finish him in the rap industry, a place where there’s no Unity.

The new track was produced by 2Jo and Terry isn’t smiling at all as he drops some bars and seeks to hear what other rappers are saying underneath.. Listen!