Previous: Davido Threatens To Sue Blog For Spreading Fake News About Him 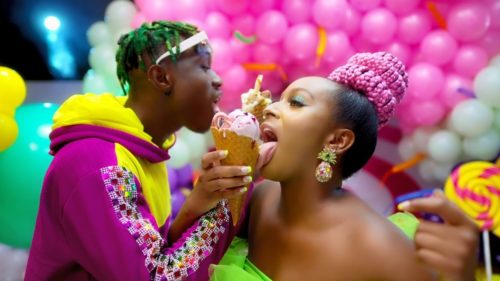 DJ Cuppy has paid a tribute to “Zanku” rapper, Zlatan Ibile, over his contributions on “Gelato.“

The billionaire Disc-Jockey took to her Instagram page to thank Zlatan for inspiring her with his artistry and bringing his creative mind to the fore in the making of their song; “Gelato.” She reveals the singer made a huge contribution in making “Gelato” a “hit” song. She also appreciates him for being himself and showing constant support.

She wrote; “Our #GELATO song has been the most amazing project! ?? From recording, to promoting, and now performing… Thank you Zlatan for inspiring me with your artistry and always being YOU! ??? Music is supposed to make people feel good and I’m proud of the HIT we’ve created! #ToCuppyThisTune”

“”Thank You For Inspiring Me With Your Artistry” – DJ Cuppy Pays Tribute To Zlatan Over “Gelato””, 5 out of 5 based on 1 ratings.