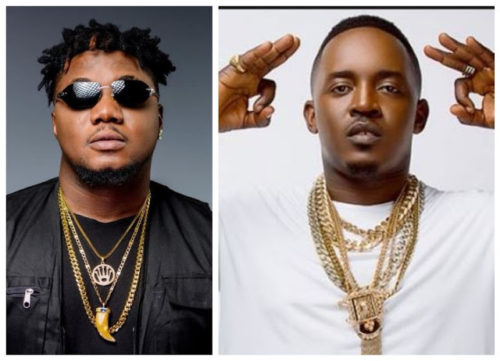 CDQ has lashed out at MI Abaga in the most ridiculing manner.

It appears there is about to be another beef to come in the Nigerian Hip-Hop industry as CDQ looks to have taken a serious jibe at MI. If you could recall, you would remember MI used CDQ as a bait in connecting a particular line on his diss track, “The Viper”  for Vector. MI in the diss mentioned his 5 greatest Yoruba rappers without putting CDQ in the line-up but use him as a ‘rope’ to make his bars firm.

CDQ has however found this offensive and has made a video throwing serious jibes at MI. In fact, in the video, he went as far as referring to MI is someone who is insance and reveals he has lost every respect he has for him.

CDQ calling MI stupid in this video says it all

Nifemi is a graduate of the University of Lagos. He's a unique user of the pen when it comes to the expression of whatever. He is editor-in-chief of the organization and also a writer of news, articles, editorials and a lot more to help expand the level of knowledge of the readers and simultaneously have them entertained. A lover of music and football is who he is and a Man Utd die-hard.
Submit your comment
35 total comments on this postSubmit yours
Popular Posts