“There’s No Such Thing As God Of The Poor” – Vector Educates Politician, Dino Melaye

Previous: Banky W Pens Lovely Message To His Wife, Adesua Etomi To Celebrate Their 3rd Intro-versary
By Olabimpe O | May 6, 2020 | 21:43 - Leave A Comment 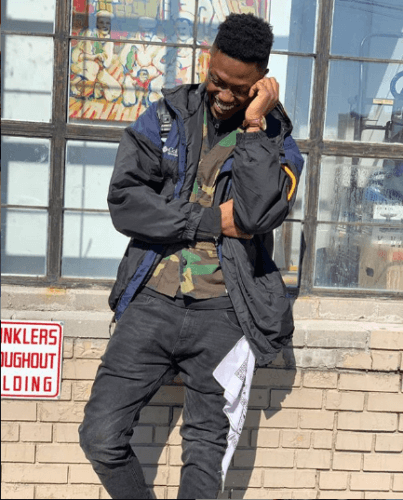 Nigerian rapper, Vector has reacted to Dino Melaye’s tweet about judging other politicians for not providing for the poor during this pandemic.

The former senator and politician took to his social media page to lament over how the government has not been able to provide for the poor. According to him, anyone holding any political office in the country whether elected or appointed would be judged by God for not helping the poor during the coronavirus pandemic. Dino expressed disappointment stating the country has sold crude oil for 64 years but couldn’t afford to feed its citizens for 2 weeks.

VERYONE WHO HELD AND IS HOLDING ANY POLITICAL OFFICE IN NIGERIA WHETHER ELECTIVE OR APPOINTED INCLUDING ME HAVE FAIL.WE SOLD CRUDE OIL FOR 64 YEARS BUT WE COULDN’T FEED OUR CITIZENS FOR JUST 2 WEEKS OF LOCKDOWN!! WELL, THE GOD OF THE POOR WILL JUDGE US ALL. ITS TIME TO REBOOT..

There should not be such a thing as the “God of the poor”.
You if you really want to make a change, leave the blame and pity as we know that already. What’s really good? https://t.co/EKD9MHVzlz

“”There’s No Such Thing As God Of The Poor” – Vector Educates Politician, Dino Melaye”, 5 out of 5 based on 1 ratings.