“This Instagram Police Wants To Have Sex With Me But She’s Ugly” – Naira Marley Clapsback At Police PRO, Opetodolapo 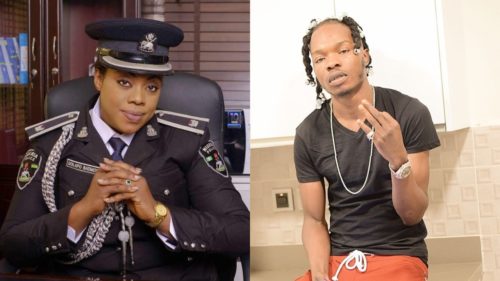 Naira Marley has fired back at Lagos police PRO, Badmus Opetodolapo, after she called him a “deliquent and unproductive dead duck” for opining that having a big booty is better than having a degree.

Naira Marley has a history for going all out to attack whoever verbally attacks him on social media concerning any of his views. And he hasn’t let his current on-going saga with the EFCC deter him as he fires back at the police PRO in the most ridiculous fashion. The singer did an Instagram Live video earlier today where he says his opinion is his opinion and it shouldn’t be anyone’s problem. He also went further to deal Dolapo a blow as he brings her great-grand father into the picture, shreading her to pieces with words that followed.

This move by Naira Marley is currently causing a divided opinion on the internet as social media users are torn on what side to be on.

“”This Instagram Police Wants To Have Sex With Me But She’s Ugly” – Naira Marley Clapsback At Police PRO, Opetodolapo”, 5 out of 5 based on 1 ratings.