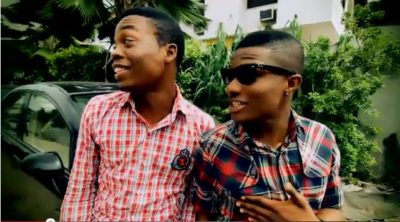 This number comes in from Olamide’s playlist as far back as 2011. This was definitely one of Olamide‘s breakout records.

When this number was released Olamide was signed on to ID Cabasa’s Coded Tunes, while the featured act, Wizkid was with E.M.E.

The song was accompanied with visuals shot by DJ Tee.