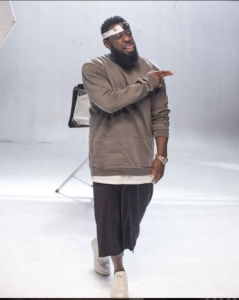 “Stoopid” singer, Timaya, has released the tracklist and release date for his incoming E.P; “Chulo Vibes.”

Timaya shared a cover of the E.P on his Instagram page as well as revealed it will be out in the next 4 days which happens to be on the 8th of February, 2019.

This will be Papichulo’s 7th studion project since his major break to the music industry in 2008.