Tiwa Savage Finally Learns How To “Greet”, Kneels Down For Vj Adams At An Event

Previous: MI Abaga’s “The Viper” VS Vector’s “Judas The Rat” – Who Is Winning This Rap Battle? 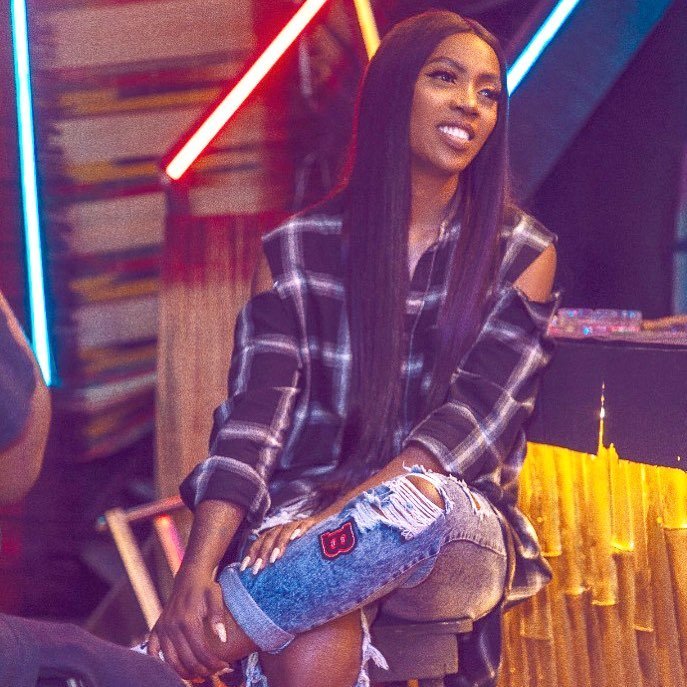 The African Bad Girl, Tiwa Savage has finally learned how to “greet” her elders.

Tiwa Savage was accused a few weeks ago of walking past Tv Presenter, Charles Anazodo without extending her greetings. The presenter took to Twitter to rant over the singer’s unladylike attitude. This, however, gave her a bad image with music fans bashing her on social media. Tiwa also angered by the presenter’s behavior responded saying she was in a hurry to get to her interview and that he could have also greeted her first too.

Popular Vj and singer, Vj Adams via his Instagram page shared a video of the “49-99” singer kneeling down to show that she knows how to greet unlike what people think.

But they said she doesn’t greet! #DefendHer #Defender link on bio