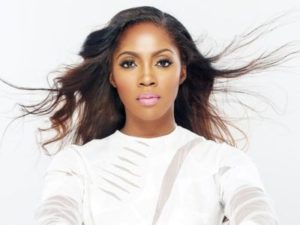 We do not know who annoyed Queen Tiwa because she went on Instagram to rant about someone/some persons who would beg for money from her and go ahead to “talk trash” about her. Tiwa made series of Instastory posts, warning her subjects to cut the BS or face her full wrath. 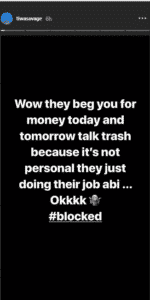 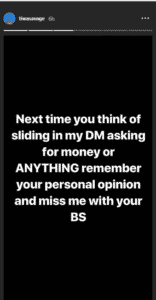 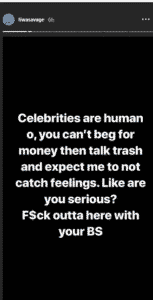 While Tiwa was warning her subjects, Simi was putting the no nonsense character to action. The Joromi singer blocked a non-fan who suggested that her motivational tweets are not welcome. The tweet that earned the non-fan the block read, “mummy said I should tell you to stick to your music and leave motivational tweets” and the singer gave a concise but effective response which read “tell mummy I blocked you.”

In other news, singer, Teddy A has joined the list of celebrities urging eligible citizens to get their Permanent Voters Card (PVC) ahead of the 2019 general elections. The singer was recently at a registration center to get his PVC. He went in company of his girlfriend, Bambam, and comedian, Lasisi Elenu. He shared pictures of their time at the registration center on his Instagram page and urged his followers to get their PVC.

Finally got my PVC, its time we do the right things to make our nation a better place. God bless us all. #Naija4Life