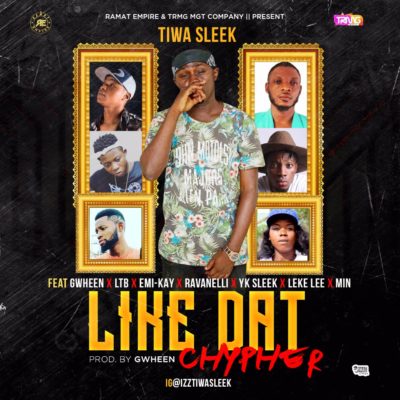 He teamed up with seasoned rappers like LTB, Ravanelli, Yk Sleek, Emi-Kay, Leke Lee and Min to deliver an epic tune “Like Dat (Chypher)” which was produced, Mixed & Mastered by Gwheen.