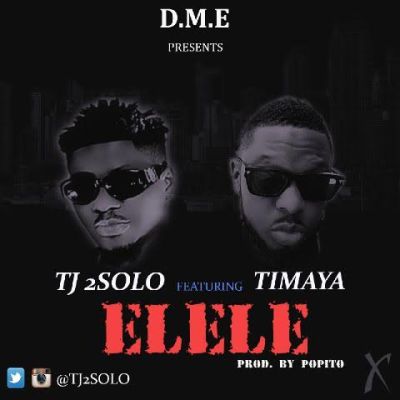 “After the release of “Island Side“, Tj2solo comes out with another amazing hit single titled “ELELE“. Tj2solo who was part of the hit song “Cutlass” that shook the world and beyond, which featured likes of Timaya, Wrecobah and Allenian, (Demamasoldiers) has never been relentless. Here he comes with another smashing hit single titled “ELELE” featuring our own Egberi 1 of bayelsa “TIMAYA“. I bet you this is a hit song.

"COLD OUTSIDE LYRICS" - Song delivered by Timaya and Buju. Timaya aka Papichulo unleash a new single titled "Cold Outside"...