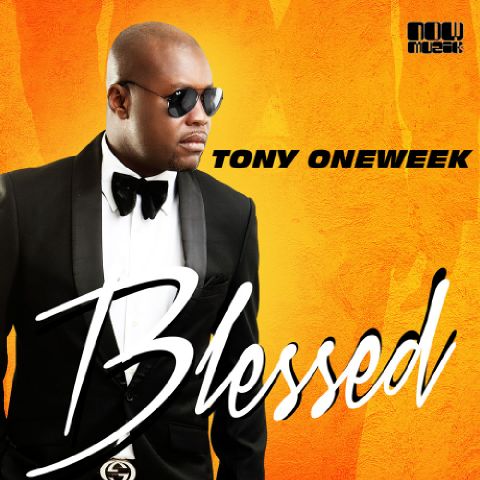 Following previous masterpieces, Gyration Master, Da Champion and The Victory, Tony Oneweek has released his fourth album ‘Blessed’ through Now Muzik Recordings. The 12 track album is the first official album to be released under Now Muzik Recordings. The album is a potpourri of his usual Gyration music, Pop and Highlife sure to satisfy music lovers in general regardless of preferred genre. The album enjoys production from prominent producers such as Masterkraft, Dekumzy, long time collaborator Lord Konel, Wizboy and more. Notable guests on the album include 2Face Idibia, Wizboy, Mr Raw, K Slim, Splash and Flavour.

Not many artistes who were prominent in the 90s can boast of being relevant today. Tony Oneweek has managed to maintain his relevance as an all round entertainer, whether as musician, actor, writer and movie director even after branching into politics, hence the fitting title ‘Blessed’. Ife Dinma featuring 2Face Idibia the first single off the album was released late 2013 to great reception from fans and media. Jolly Dey Go and Gyration reloaded were released last year 2014, further increasing anticipation for the album.

As build-up to the release of this album, Tony Oneweek has been busy promoting singles, making media appearances and performing in major concerts like Road To Afrima, Felabration, Star Trek, 2Face Triple Threat Tour and more. The Gyration Master has not lost form at all delivering memorable performances.

Tony Oneweek’s undeniable magic behind the microphone sparked the interest of the very professional  Now Muzik, which last year added record label to its repertoire after rising to prominence as a management company. The album ‘Blessed’ will be released under Now Muzik Recordings, executive produced by Efe Omorogbe, Bayo Omisore and Rhiemen Omorogbe.

“Tony OneWeek Releases Fourth Album: Blessed”, 5 out of 5 based on 1 ratings.