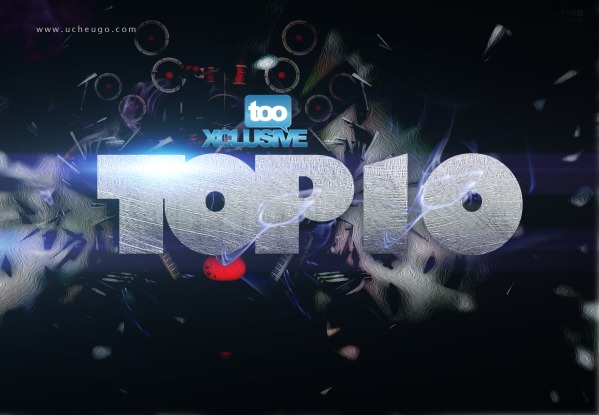 Music is a connection of beautiful sounds which comprises majorly of well-orchestrated instrumentation and fantastic vocals. A voice alone can make a beautiful song but what sells the song, beautiful vocals or not, is factored almost majorly on it’s instrumentation. Often times, a vocalist might take all the credit for an award-winning song but as has come to notice, there’s even much more work put in the mixing, mastering and production that presents the creative and fine work of art – a song!

Pave the way for these genius ones, they’re called producers but I call them creative intellects. The ones whose mind musings, midas touch and refiner’s fire produces gold through the heat and diamonds from the rough. Our Top10 list was compiled based on the quality and popularity of songs produced within June 2013 – June 2014.

1. DonJazzy: Producer, song writer, recording artiste….the list is endless. Apart from his days as boss and producer for the defunct MoHits record label which housed one of Nigeria’s greatest talents Dbanj, and resulted in the creation of Oliver Twist, one of the biggest tunes out of Africa yet, the ace producer has also produced massive hits including Dorobucci (currently taking Nigeria by storm), Surulere another hit track, Wande Coal’s The Kick, almost half of Tiwa Savage’s debut album including chart topper Eminado. It is no wonder he is referred to as an enigma. DonJazzy has also worked with other big acts including Kanye West & Jay-Z, Darey, Naeto C, amongst others. It is no wonder he gets our No1 slot. 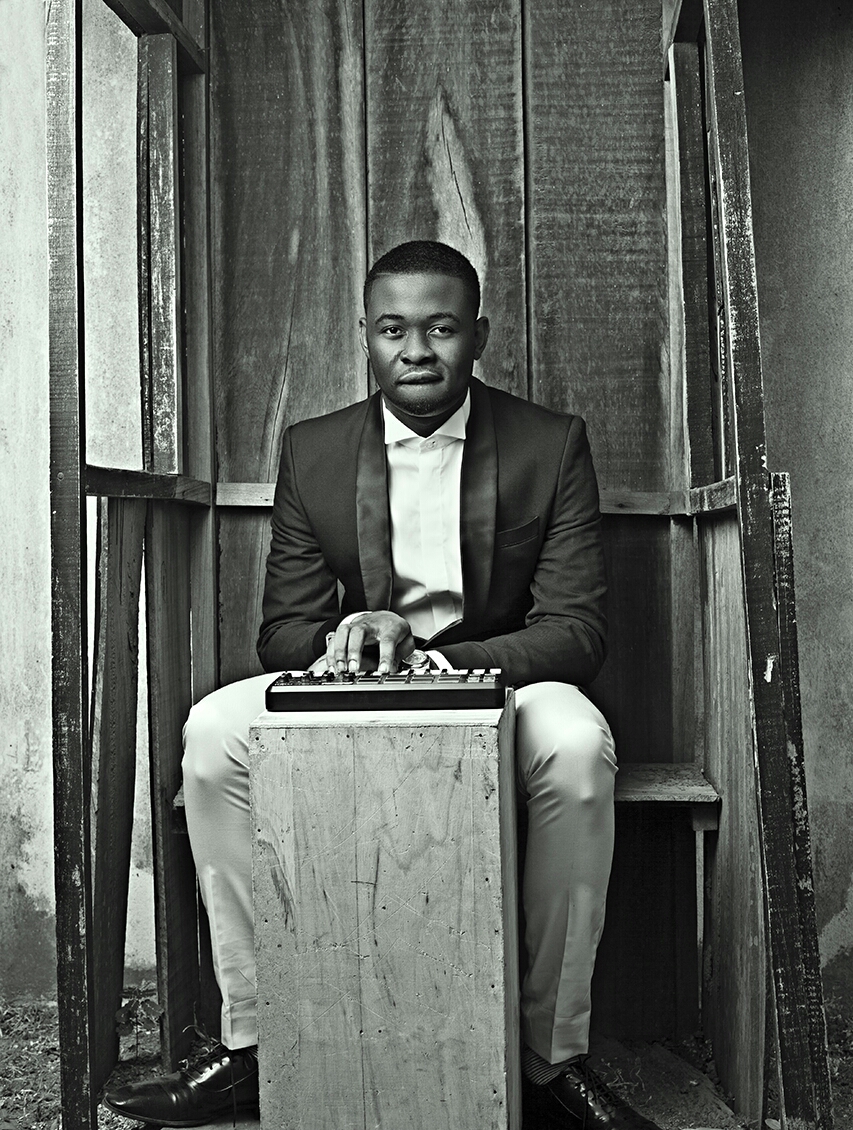 3. Sarz: His talent is evident in the songs he has so far produced. Jaiye Jaiye, one of my favorite jams from last year was produced by none other than Sarz. Reminisce’s street hop Kako bi Chicken and Ghetto by Shank and Beat of Life (samba) ft Wizkid are among his list of works. Not to forget the chart topping Jor Oh by Jah Bless which became a street anthem back then. Worthy to note, he also produced almost all the tracks in Eldee’s Undeniable album, Goldie’s Don’t Touch, DaGrin’s Kondo as well as YQ’s I Like Girls. Even more recently, he produced Tosin Martins’ TGM, Reminisce’s Fantasi and Eleniyan ft Wizkid.

4. D- Tunes: After producing hits like Iyanya’s Kukere, Your waist, Flavour, Sexy Mama, etc as well as Sean Tizzle’s Sho Lee, it is not surprising he won producer of the year at the headies awards last year. This producer with a penchant for making hit tracks is the producer behind Sean Tizzle’s The Journey album which has been getting rave reviews so far. He has also worked with other artistes the like of Yemi Alade, Efa, Mbryo, Faze, Ruggedman, 9ice, TuFace, Tony Totch, Reminisce, Dammy Krane, Flossick and so on.

5. Del B: Incredibly talented, his list of songs alone is enough to acknowledge his talent. Responsible for Dbanj’s Why Me, Jebele by Kween, KCee’s Limpopo, an undeniable jam as well as Wizkid’s On Top Your Matter, Del B also produced Oko mi by Waje, Seyi Shay’s Irawo, Baby Mo by Tiwa Savage, Kcee’s Give It 2 Me featuring Flavour, General Pype’s Its Ok and another monster single Shake by Flavour. Orezi’s trending hit track, You Garrit was produced by none other than Del B. 6. Masterkraftz: Kicking off his professional career with Kennis Music, Masterkraft is no doubt one of the most diverse producers in town. From gospel to soul to RnB and Jazz, he has has shown he’s on his game which is why the caliber of artiste he has worked with is not surprising. Banky W, Phyno, Flavor, Jaywon, Sammie Okposo, Timaya, Lynx, Bracket, Capital F.E.M.I, J. Martins and Sound Sultan are just some out of a long list. His hit tracks include; Fine lady by Lynxx, Flavour’s Kwarika (Remix) ft Fally Ipupa, Girl by Bracket ft Wizkid, Chinny Baby by Flavour and even more recently, Timaya’s Ukwu, CDQ’s Ogini ftRuntown, Iyanya’s Away, Nana by Bracket as well as Banky W’s Jasi all of which are still getting massive airplay.

7. Pheelz: In-house producer for Olamide, Pheelz’ production of Baddest Guy Ever Liveth which contains tracks such as Durosoke, Anifowoshe, Rayban Abacha, Eleda Mi, Baddo Love, Turn Up among other countless hits is enough to take the young man seriously. Away from Olamide, he has worked with other artistes the likes of Vector in Popular  & Mo Eazy. Though still young, Pheelz definitely has a lot to offer.

8. Selebobo: I’m sure he needs no introduction. Yemi Alade’s Johnny intro is enough to know who he is. Not just a producer, Selebobo is also a song writer, artist, dancer, artiste, and sound engineer. Currently signed to the Ubi Franklin/Iyanya owned TripleMG, he is responsible for not only Yemi Alade’s hit track Johnny, but also Flavour’s Ada Ada and Balance for Me by Dipp. Oroma Baby, Yoyo as well as Angelina and Say Yeah from the TripleMG group album were all produced by Selebobo.

9. Cohbams Asuquo: This list would not be complete without the inclusion of this incredibly talented producer extraordinaire. Known for his ability to create classic and timeless music, it is no wonder artistes seeking to make career changing songs run to him. Apart from playing a huge part in Asa’s highly acclaimed international album ASA, he has worked with other highly rated artistes including 2face Idibia, Banky W, Yinka Davies, MI, Omawunmi, Darey Art Alade, Styl Plus, Bez, Rooftop Mc’s, Charly Boy, Djinee and many more. Apart from producing hot tracks like Strong Ting, If You Ask Me , Kedike, Banky W’s Yes/No, Praiz Rich and Famous his highly anticipated first official single titled Ordinary People was released on the 1st of January this year and it didn’t fail to impress. Recently, he produced Dbanj’s Cocoa na Chocolate and Mo’ Chedda’s Destinambarri. 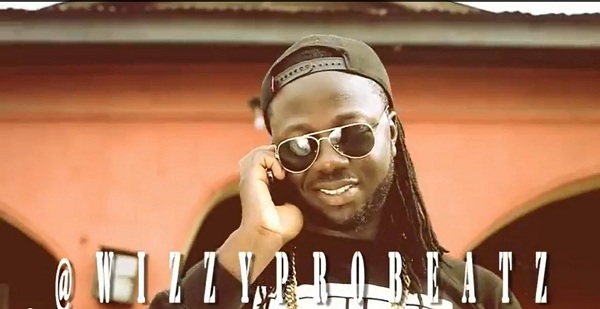 10. Wizzy Pro: Thanks to his collaboration with Skales, Patoranking and Runtown on his single Emergency, Wizzy Pro has been rising steadily. However, away from that, his production of trending hit tracks like Patoranking’s Girlie ‘O’ (both original and remix ft Tiwa Savage), Phyno’s O Set ft P-Square, Successful by Runtown, Phyno & Runtown’s Anama-Achi Vers-Achi as well as Tonite by Patoranking ft Faze is enough to show he’s taking the music business seriously.

While the aforementioned producers have been recognized as our Top10 producers for the year in review (June 2013 – June 2014), this list would not be complete without mentioning some names in recognition of their hard work in creating good music also within the said year. In no particular order, we have:

1. Chopstix: Apart from churning out nice tracks with his GRIP Boiz group, the producer who is familiar with the Choc Boiz (Chocolate City) has produced some outstanding tracks within the year with songs like; Eva Alordia’s Shuga, Ice Prince’s Shots on Shots ft Sarkodie, Stinking Shit ft IcePrince, Yung L and Endia, SOS by Yung L amongst others.

2. Legendury Beatz: Do they need any introduction? the music producing duo are behind some of Wizkid’s hit tracks such as Caro, Talk, Drop ft Wale, Eledumare, as well as other club bangers including Ginger by L.A.X ft Wizkid, SoundSultan’s Kokose ft Wizkid, Take Care of Me by Skales, Chidinma’s Emini Baller, and many more.

4. Tee-Y Mix: Of course he gets on the list! Apart from becoming the proud owner of his own record label, he’s still maintaining his image as an outstanding producer. Songs produced by him within the year include Sound Sultan’s Natural Something (Old I know, but still trending), Tee Blaq’s Garawa, Immaculate’s Gogo Baby, Pick Pin by P.R.E, Mama Africa by Ozzy Bosco, Waje’s Merry Xmas etc.

5. Major Bangz: Young and upcoming producer Major Bangz’ work on Phyno’s No Guts No Glory album is testament to his ingenuity. Apart from Phyno, he has also produced tracks like, Lil Kesh’s Shoki, Tonto Dikeh’s Hi remix, IllBliss and Chidima’s Powerful and Tai Koon’s songs; Lady, How the Thing Go, Respect my Hustle, Executive, and etc.

6. Maleek Berry: Grabbing our attention with his production of Sinzu’s Carolina back then, Maleek Berry has not relented in giving us what we want…good music! From Wizkid’s Lagos to Soweto to Banky W’s All for You and even Wande Coal’s hit tracks Kilaju and Plan B as well as the club banger Baby Hello, not to forget Sinzu’s Shine and his own single Boogie Down featuring Wizkid, the producer signed under Starboy Ent hasn’t failed us… yet.