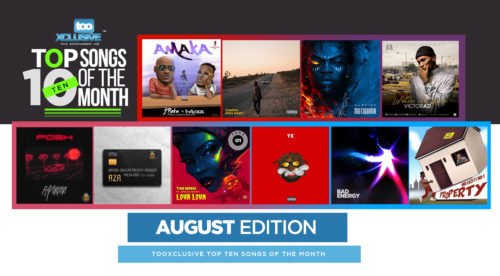 This is the top 10 music countdown for the month ending August.

The month of August is over and has paved the way for the last trimester of the 2018 year. As expected, newer songs are out to start dominating the playlist while particular songs have continued to hold sway on the music charts. The songs Amaka, by 2Baba featuring Peruzzi amongst others that have featured on the monthly music countdown, has dominated and remained at the Top spot on the chart holding it strong from the newer songs.

The month of August top 10 is filled with newer songs.