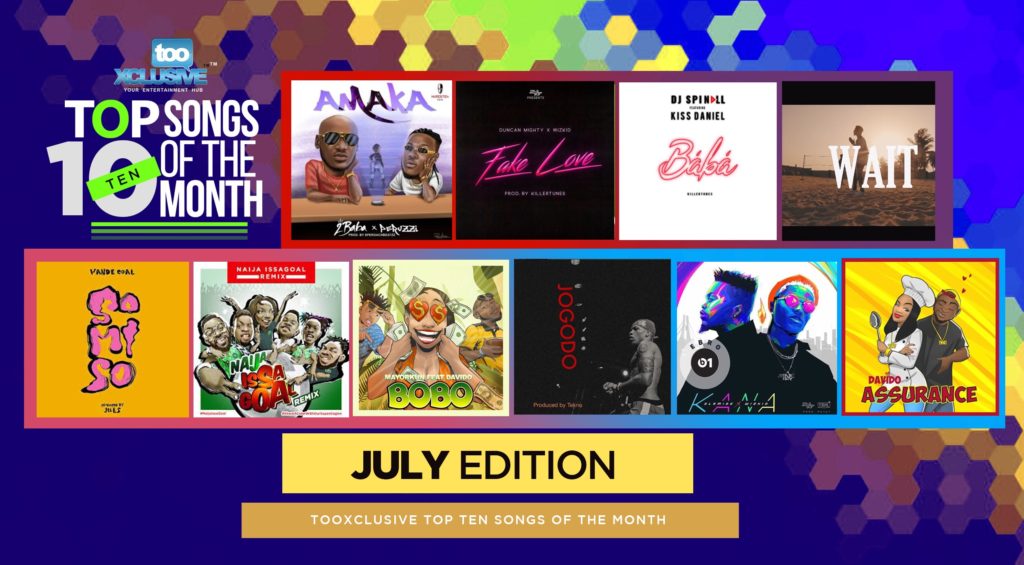 This is the top 10 music countdown for the month ending July.

The month of July has coursed in the second part of the 2018 year. As expected, newer songs are out to start dominating the playlist while particular songs have continued to hold sway on the music charts. These songs include Tekno’s Jogodo, Wande Coal’s So Mi So, 2Baba’s Amaka, Davido’s Assurance and Duncan Mighty’s Fake Love amongst others that are featured on the monthly music countdown, which have otherwise steadied the rolling pin for expectations from our music stars and icons.

I have magic in my hands and I'm excited to be sharin' it with the world.
Website
Submit your comment
10 total pingbacks on this post
VIDEO OF THE WEEK