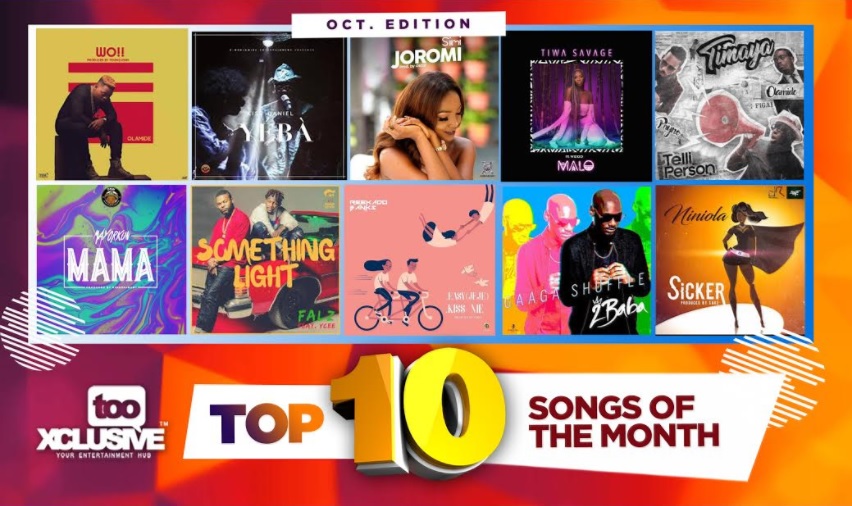 This is the top 10 music countdown for songs that dominated the charts and ruled the airwaves in the just concluded month of October.

Like you must have guessed correctly, Olamide and his still-in-high-demand single, Wo! takes the lead position for the October’s countdown. While songs by Simi, Timaya, Mayorkun, Falz, Reminisce and 2Baba held sway (although in alternate positions this time, on the list).

The list features Kiss Daniel‘s tuneful sound, Yeba and Tiwa Savage‘s recent collaborative single with Wizkid, Malo in ranks of the top 5 (songs) due to their highly rated positive reviews and commercial acclaim both from fans and on-air.

Easy (Jeje) by Star boy of the Mavins, Reekado Banks that’s been enjoying an unusual buzz, finally didn’t go unnoticed, as well as Queen of Afro-house, Niniola for her new music, Sicker, released within the month period.