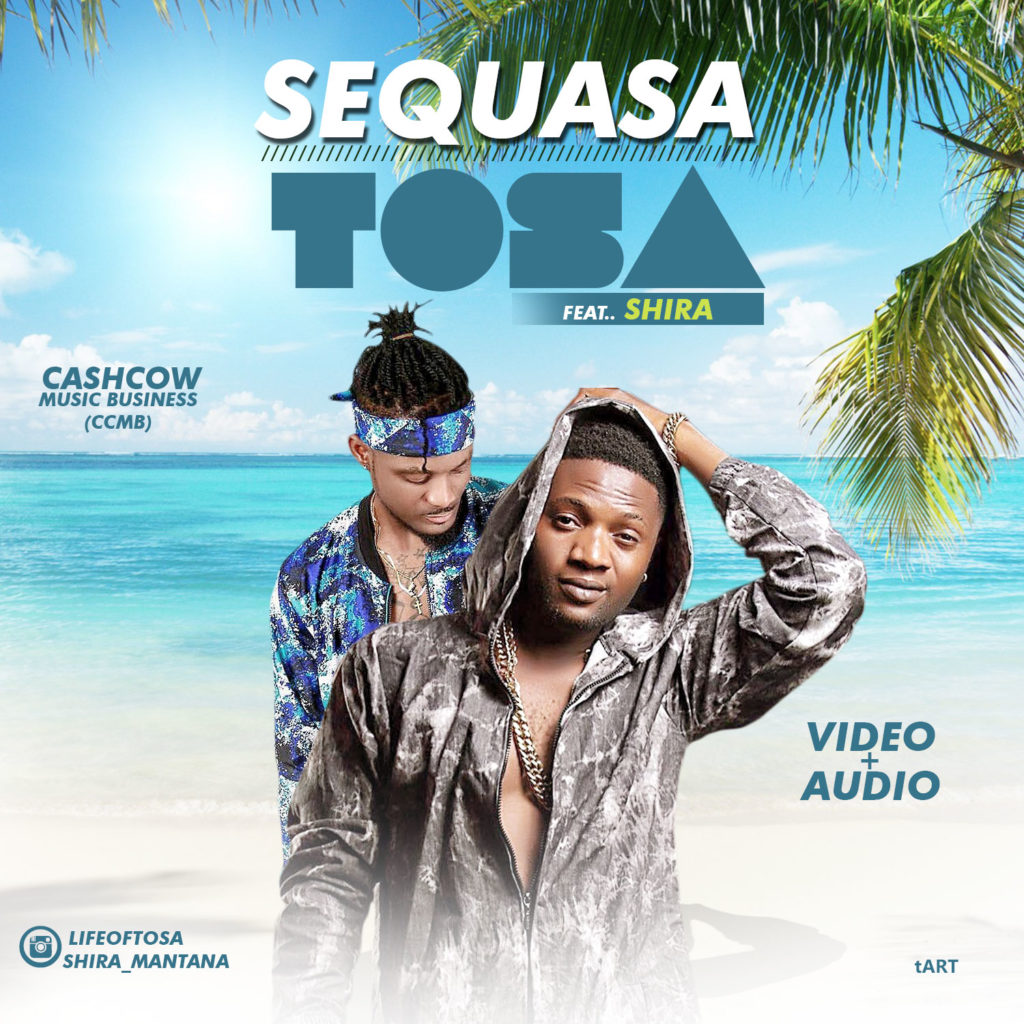 Tosa, from the stables of Cashcow Music Business(CCMB), titles this mature jam, ‘SEQUASA’, as he features the underground veteran, Shira, on this one. SEQUASA, which was produced by Marshkalow, has a dynamic and definitely catchy feeling which makes you get addicted to it.
Good music is infectious, as Tosa a.k.a BAD MAN drops SEQUASA at a key time of the year, mid-year. The year is already split into two halves, and good music with mature and clean language is what breaks boundaries to limitless ends. Hence, SEQUASA is the type of music that can be played in all parts of the country, Africa, and the entire world. The visuals will be out soon, which was produced and directed by Moe Musa.
With the feel of Afro-Pop, infused with a little Makossa, Tosa features Shira to creatively put together not only a brilliant and groovy tune, but also acknowledges Marshkalow for producing the hit banger track, SEQUASA. SEQUASA was mixed by the popular Suka Sounds.