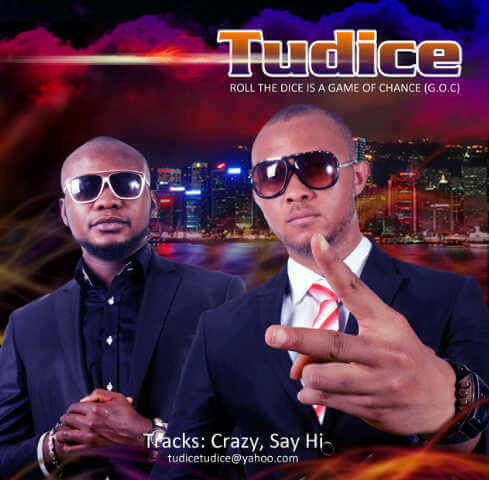 The dynamic duo also known as 2dice is made up of Emmanuel Chukwudi Chukwukwue and Vincent Obiora Chukwukwue who both hail from Anambra state, individually started music at the age of 12 and 13 respectively.
The birth of the group generated as a result of the unique blend in style and talent, hence the discovery, they moved to Abuja from Jos to establish themselves in business in 2001.

Started their music carrier professionally in 2003,with the hit single “no lele”, after a while they also released another club hit called “its crazy” backing it up with a video that paved way for the Duo to perform on the same stage with artistes like Tuface, Brymo, Naeto C, Wizkid and many others… their hard work led them to major in nigerian pop songs there by taking over clubs and radio stations across the nation.

Collaborations coming from “Tudice”  involving the likes of Davido, Flavor, Iyanya, Brymo and Tiwa Savage soon to be released.

Now under the management of Hypertunes Entertainment. A lot is expected of the amazing “TUDICE” the next BIG thing in the NIGERIAN music industry. #TEAMGOC