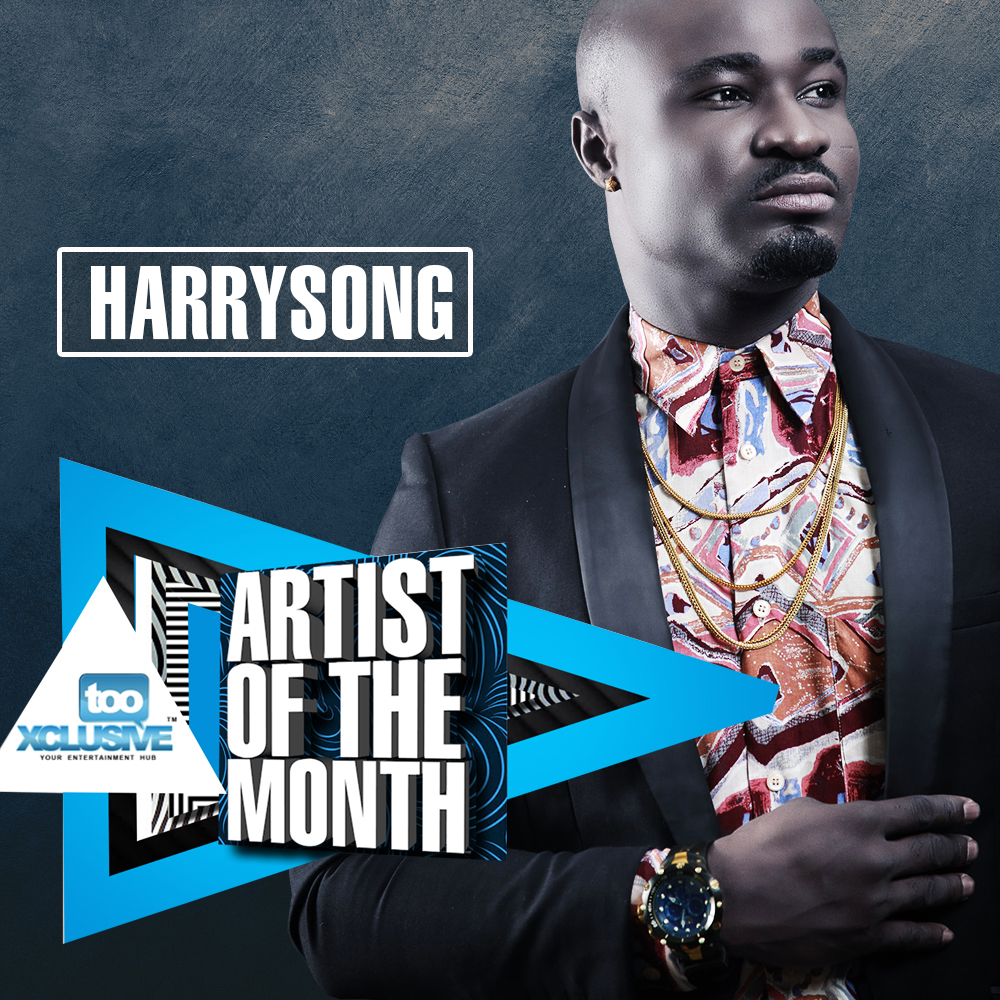 Five Star Music acclaimed artiste Harrysong also known as Mr. Songz is tooXclusive Artiste Of The Month for April 2015. The gifted singer/song-writer has contributed immensely to the career of his colleagues with his writing skills not forgetting his perseverance and lengthy career which has spawned a number of smash singles. Not too familiar with Mr. Songz? More on #TxAOTM below;

“Music runs in the vein of Harrysong. Regarded as Nigeria’s most successful songwriter, Harrysong has been scoring critically acclaimed singles back to back since his debut with ‘I am in Love.’
Harrysong has stood out as one of the only Nigerian act proficient in several instruments, regarded for his excellent songwriting skills, singing, understanding of music and stagemanship. Since the premiere of his very successful dance tune, ‘Beta Pikin,’ The charming, charismatic singer is gaining the support of fans and impressing critics from all over. He has since followed up with a handful of critically and commercially acclaimed singles: ‘Story’, ‘I’m in Love {Remix), ‘Tele Mi,’ ‘Suya,’ the ‘Mandela (Tribute)’ which was the most downloaded callertune on the MTN network on release and the new chart topper ‘Kolombo, and Ofeshe’

The accolades have been coming in from winning the South south Music Awards to Headies with scoring high profile nominations at the Nigerian Entertainment Awards and Nigerian Music Video Awards. His relentless work has earned him a loyal followership and converting critics. Since the release of ‘beta Pikin’ and signing to Five Star Music, Mr. Songz as he is called by many has performed from Lagos to New York, South Africa to the United Kingdom.

The ladies man’s talent and showmanship is winning as his endearing nature and down-to-earth personality.’This is just the beginning,’ Harrysong says.

“Feel It (Africa)” with Kcee & Iyanya