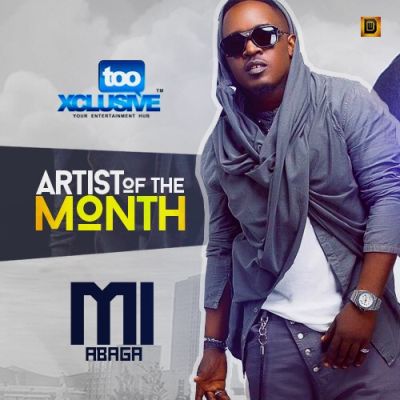 Jude Abaga is unarguably one of the best hip-hop recording artists in the history of the Nigerian music industry. He operates under a very popular pseudonym “M.I Abaga” which is very well-known to music lovers and practitioners in the general entertainment household, both from home and abroad.

Born in the early 80’s and raised under a religious setting to parents who were clergies, his musical foray began when his mother gifted him with a 7-key mini piano. The venture into hip-hop proper started when he was just 17, and already sampling works from DMX and Lauryn Hill. While college schooling in Michigan, U.S., he developed a penchant for poetry which has otherwise formed quite a major appeal on most of his lyrical works in rap. This was in the process of him pursuing a degree certification in Business & Economics.

Upon his return to Nigerian shores, the state of hip-hop and rap music was topsy turvy, with the likes of Modenine, Eedris Abdulkareem and Ruggedman running point on affairs. Yet, the category wasn’t getting necessary attention nor pulling the desired weight like it should. So after imaginative processes with production mate, Djinee, ‘Safe’ – his official music debut became the end result that would later change everything in the history of Nigerian hip-hop/rap. Literally.

Since exuding his creative rights in an industry like ours that is highly competitive, M.I had waded the storms with a impressive musical catalogue covering 3 albums and 2 mixtapes that have all been received to very critical acclaim, positive reviews and massive commercial reception. He is equally a highly decorated rap king with numerous awards under his belt. At present, he directs and oversees affairs at arguably one of Africa’s largest and very revered music label companies, Chocolate City Music (otherwise known as ChocBoiNation) with an array of fine-bred artistes whose style cuts across a variety of genres, and are spread around the globe.

M.I is also geared up for another epic moment in his career where everyone expects he will once again release game-changing music that further raises the stakes of how the business of rap is being perpetrated by colleagues at home. His mixtape trilogy, Illegal Music will see it’s third installment released sometime next month. Already tagged “The Finale“ and with the tracklisting already made public, it brings to an official close this chapter that chronicled his journey to the throne in becoming the rap god that he’s been adjudged as several times in the past. In shewing forth newer beginnings, Young Denzel will continue the chronological series and M.I’s promises on this new project has set our hopes high leaving us in earnest anticipation on the basis of the direction it would be tailored to go and what other (new) sides, the rap rabbi has brewing up under his sleeves that he might want to reveal.

M.I’s career profile has been likened to Kendrick Lamar, a hugely successful rap pundit with international acclaim, and with influences from mentors including, Jay-Z, B.I.G and 2Pac. Asides his Jesse Jagz, Ice Prince and other affiliation with mates under his label management, M.I has scored high points with Waje, 2face Idibia, Flavour, Wizkid, Seyi Shay, Naeto-C, Praiz, Ruggedman, Eedris, Patoranking, Burna Boy, INK Edwards, Chidinma, Banky W, Phyno… the list goes on! His inputs to the music community are such timeless and valuable imprints that will never be forgotten. Thus, because we can’t have a national holiday in honour of Jude, the incredible, we’ve decided that he will suffice as tooXclusive’s Artist of the Month – #TxAOTM for March 2016.

“Everything I Have Seen”

“Back to the Future” – with Milli