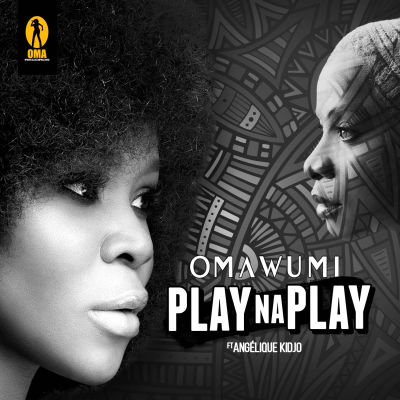 Not only has Ms Megbele been away from the music melodies that resonates my heart, she’s also starved me of her eclectic persona which never fails to rear it’s fun and witty self everytime she graces the screen.

Play Na Play shows Omawumi’s depth as a creative artiste and new levels of growth attained since natal events put her on hiatus. The emphasis placed on strict attention to detail on this record, is what gave rise to an extensive breakdown in review. Don’t get bored reading, just try hard to make some sense out of it. Please.

Permit me to share my bias when it comes to collaborative works that involve Cobhams Asuquo especially, with Timi Dakolo and Omawumi. Cobhams understands the artistic nature of these two and he continues to dish out timeless elements that makes them tick. And since he exudes right in totally different reigns of this music class, it’s not at all surprising that Omawumi has enlisted his technical prowess in the making of her third studio album.

Since she began this journey, one of the best feats revealed from this project would be the fact that she’s recording the entire album, LIVE! The dynamic order of instrumental slayage on Play Na Play, which includes mutli-tasked efforts in musical arrangement done over an epoch composition of ornamental sounds and adept vocal direction, only leaves so much more to be expected from the album’s creative perspective. Who said tingbangban music cannot be calm, mature, and inspiring in ways that do not have to involve money, semi-nude stupid hoes and a bunch of shabbily clad airheads whose thought prowess are centered majorly on popping bottles?

What more can be expected from the queen of all vocal slay? Let Omawumi tell you what. It’s not about the fact that she can sing or pitch notes for all of Africa. It’s the the way she does it – the hows and whens. Omawumi bathes her dexterity all over this song, making you fall in love with her voice over and over again. She has quite the big and strong voice, yet her vocal effort here is done to almost perfect moderation. Her vocal riffs and ad-libs do not distract the listener from the song’s melodies, neither does it overshadow the message she’s preaching. Mind you, Omawumi can be such a showoff when she sings, but interestingly she’s never all up in your face about it.

Then Mama Angelique Kidjo. She’s another demonic pitch goddess who brought a demure edginess to this song. Ms Kidjo keeps her vocal cut very confident and simple by singing in her native dialect while dropping brisk growls on one or two of her lines. And by the time they duet on the vamp, you can’t miss how the magic moment alternates between Angelique’s mild, yet crisp voice singing ‘jo kpe kpe doni’ as an undertone to Omawumi’s ‘shine your eye shine your eye’.

This is the kinda stuff you can only get from advanced music minds. Unarguably too, there’s an obvious Cobhams factor in the mix.

Perhaps you never actually cared to watch this video, I humbly opine that you do.

Thank God Clarence didn’t shoot it, I might have gorged my eyes out. Omawumi raises the art stakes impressively high with this new material out. But because our standards have fallen somewhere down down beneath the benchmark of fairly good, it’s okay for nobody to care (or overlook) that she actually expended serious effort in trying to do the right thing, the right way. As of now, only Timi Dakolo’s Wish Me Well and Asa’s Satan Be Gone stylishly commands cerebellar processes, leaving you truly emotionally influenced. Play Na Play joins this list.

This video doesn’t act itself out like another Nollywood script, there’s a creative pattern at play and it’s the kind that evokes your senses to think. There’s a symbolic interpretation for even the minutest detail such as the chalk markings on Omawumi’s skin or having herself and Ms Kidjo standing as pieces on the chessboard. Don’t just watch and be entertained, that’s so 2005 –  as in the time of P-Square! Regardless, you can tell they had so much fun shooting this video with the way both personalities stayed ravishing throughout the set.

This song cocoons Omawumi’s usual mode of preaching matters on social redundancy – using self-derived idioms to exposit pressing issues. Unlike her title suggests, Omawumi is not here to play. She’s taken her stand place outside of the fussing crowd, away from the little girls and the diva wannabes. To some extent, this record may fail to interest you because it doesn’t induce doing an epileptic dance or perhaps because there’s no gibberish mumblings looped sequentially over the beat, but what you must know is that Omawumi is representing the true essence of African music from the shores of Nigeria, and has successfully secured the attention of those who essentially matter.

Just wait on when this recognition is officially made global.