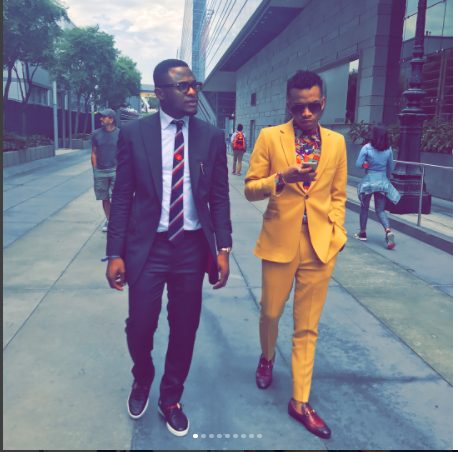 CEO Triple MG, Ubi Fraklin, may have just thrown a subtle shade via his IG handle while celebrating his act, Tekno.

Ubi, who accompanied Tekno, (whom he declared is his few months back) to the 2017 BET AWARDS where he was nominated in the BEST INTERNATIONAL ACT: AFRICA, category, shared photos of himself with the singer on his IG, penning down a caption which has many assuming he is throwing a not so subtle shade at former business partner, Iyanya.

What do you guys think? Is Ubi subbing Iyanya?