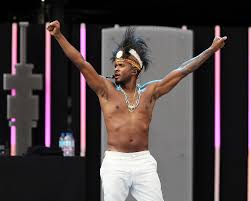 Some months back, a John Doe was aggressively coming after Usher looking to get his medical records after he claimed the singer gave him herpes. According to the unidentified man, he and Usher had a sexual encounter at a spa in Los Angeles’ Korea Town which was how usher passed on  herpes infection to him. Usher however refused to hand over any documents at the time and new reports from The Blast  now say that John has dropped his inquiry,as he no longer needs the records.

John Doe is the third victim to Usher’s alleged herpes with Quantasia Sharpton having previously settled a case while his case with Laura Helm is still ongoing. The last reports on the matter detailed how the “U Got It Bad” singer was requesting that the issue should be hushed and kept out of the media in order to keep private and potentially embarrassing information on the down low. Usher noted that if any information did make it to the public, himself and Laura could suffer “harm, annoyance and/or embarrassment,” and doesn’t want the media making a profit off his personal matters.