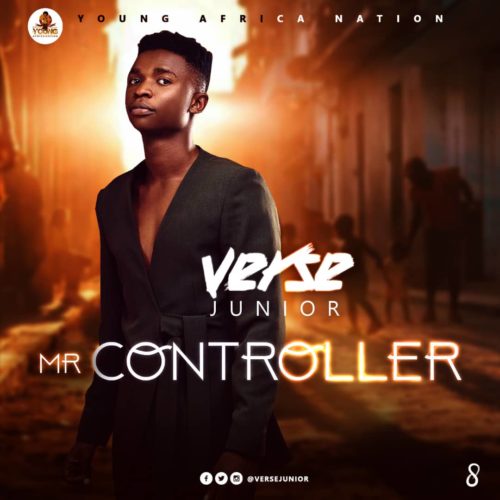 After the long wait, Young Africa Nation (YAN) pen with Gyang Chuwang Junior, who goes by the stage name “Verse Junior”, is nothing short of young greatness and agility, As a 90’s child, he is an epitome of what’s next in the generation of Afro Hip Hop & Afro Pop. As the first child of 4, he has put it upon himself to display an acute drive towards achieving success in the African music industry. With a versatile approach to rapping and singing, Verse Junior stands firm that he is the next big thing to come out of Nigeria.

Verse began his musical career in 2004 with a group hailing from Jos called the Ben J Square, Verse creates his own sound that will make you want to sing a long and dance to the rhythm of his melodic chorus.

Here is the release of the highly anticipated single “Mr Controller” by Verse Junior. The Afro pop song was produced by the hit maker Lookucheface & skitter, Mastered by – IFX.