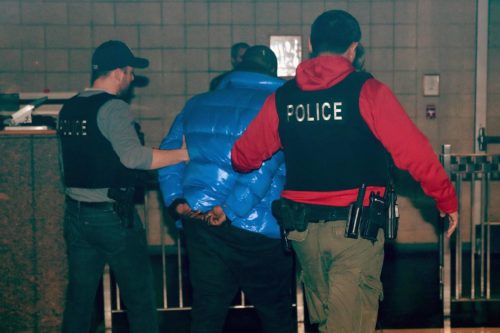 The more alleged new sex tapes of R.Kelly’s sexual misconduct on minors surfaces, the more disturbing they get. Many members of the hip-hop community have completely written off the disgraceful singer after details of his alleged abuse became public through the “Surviving R. Kelly” docu-series.

The victims’ lawyer; Michael Avenatti, has been almost instrumental in updating people about the Kelly case, tweeting out news regarding the singer and informing the public on what he’s become aware of. This week, he noted that in one of the new sex tapes in possession of the Chicago Police, R. Kelly repeatedly tells his sexual partner to give him “that 14 year old p***y” Now, it’s being reported that he also urinated on the girl several times in the video.

According to to the US Daily Beast; R. Kelly in the video instructs the girl to perform certain sexual acts on him before urinating on her. Avenatti says that the singer pees on her face, vagina, anus, and her right breast. He also penetrates her vaginally, anally, and orally in the disturbing footage. The girl reportedly admits her age several times while on camera.

Avenatti is doing everything in his power to take down R. Kelly. He’s been the most vocal attorney going up against him, regularly sharing details that would shock anybody. “This is a bad man,” said Avenatti in discussion with The Daily Beast. “This guy is a psychopath. There’s no question about it and when this thing finally gets busted wide open, people are going to be shocked at the level of depravity. I know I am.”