Victoria Kimani Throws Yet Another Heavy Shot At Tiwa Savage 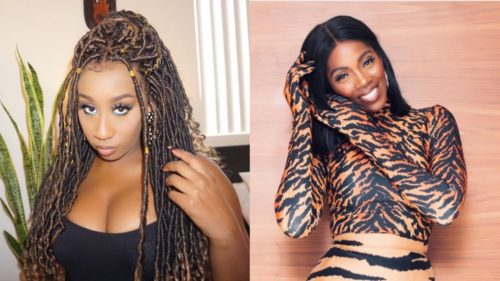 Victoria Kimani has once again dissed Tiwa Savage after the Mavin diva posted a video of the new customized luxury car she just acquired on her Instagram story.

With the shade Victoria Kimani threw at Tiwa Savage on her version of Kizz Daniel’s hit song, “Fvck You” still fresh in our memory and after dissing her fans, Kimani has thrown another major shot at Mummy Jam Jam after the video of her newly acquired customized luxury whip hit the internet.

The Kenyan singer disclosed through her Instagram page that she is not faced by material things and that she can’t be jealous of Tiwa Savage and her car because she already knows how she is able to afford such luxury. She said she got the financial aid for the car from the married men that she sleeps around with. In her texts, Kimani wrote; “Having material things will never make me envy you…especially knowing what you had to do to get it gurl…wrinkly married balls slapping on your chin.”

Just when everyone thought the end to the escalated shade which got Seyi Shay also involved will be over since Tiwa didn’t give a response, a new shot arrives!

We suppose with this current shot thrown, the saga is about to get longer. 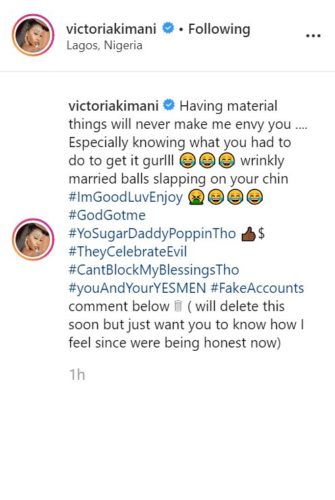