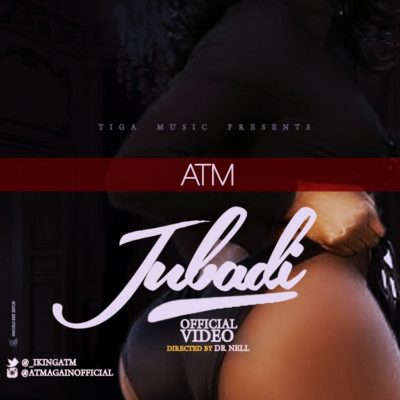 ATM re-established himself as a talent who will stop at nothing to feed his fans with quality materials, he made yet another bold statement with the flick of ‘Jubadi’ that’s ready to take over the airwaves.

The versatile artiste teamed up with one of the most respected cinematographers in Nigeria – Dr. Nell, to give tantalizing interpretation to ‘Jubadi’ and deliver emphatically clear visuals for the club banger.

Speaking about the official music video of ‘Jubadi’, unsigned ATM established that he wanted a simple video that anyone can relate with. “This is a commercial song that requires no complexity, we agreed on having simple, clear and unique concept, and we achieved all these.”

“We approached the video from a very comprehendible angle, when anyone sees the video, the person will know it is different from other club tunes with rough concepts, this is a mind-blowing video, thanks to Creative Village Entertainment Crew and Campus Entertainment for their support,” he added.

‘Jubadi’ is a high-tempo music, laced over a rich blend of melodious rhythms with the infusion of heavy percussion. Follow @_ikingatm on twitter.