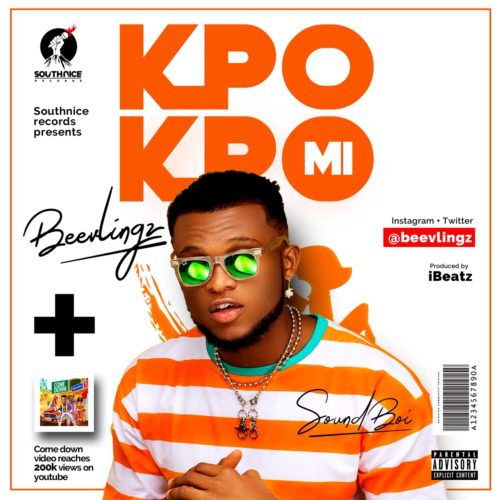 The rave of the moment “BEEVLINGZ’” who is currently signed to “SOUTHNICE RECORDS” is surprising his fans all across the world with a new sensational song titled “KPOKPO MI”.

This song was inspired by the controversy which rocked him after the release of his smashing summer hit single Come Down ft Ycee and currently gaining massive airplay on major radio stations across the country. This song is a warm-up to his second official single which would be dropping sometime this year. Beevlingz has come to stay and is worth listing amongst Headies next rated. Please download, stream and share.

KPOKPO MI was produced by iBeats, Mixed & Mastered by SWAPS MIX. The video was shot somewhere in Africa and directed by DAMMY TWITCH a fast-rising director.

Follow his updates on all social media platforms @beevlingz