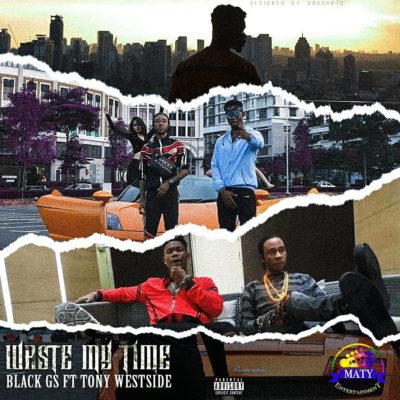 The viral video recently of Black Gs(IG:@crazygs1) featuring Young Me titled By Myself; was clean and filled with energy illustrating the success of both artists in their hustles. The dance hall/R&B act geared up immediately for the visual of his latest music single, Waste My Time.

Not so long ago, the heavy weight entertainer Malaysian based Nigerian entertainer Black Gs released the BTS (Behind-The-Scene) footages of his now ready visual “Waste My Time” ft Tony Westside; “Waste My Time” was produced by Tony Westside(IG:@), the talented Zambian producer/artist based in Malaysia, who also on the chorus  that gained anticipation from loyal and prospective fans. The visual is now ready for fans to enjoy!

The video was directed by Skyzo(IG:@skyzo221), a Senegalese creative film maker known for his outstanding work in Malaysia. Black Gs is obliviously putting in work and not ready to back down. He has hinted on releasing more hit music before the year runs out. Black Gs Music is managed by Maty Dollars Entertainment (IG:@matydollarsent) a Nigerian-Malaysian Enterprise. It’s an African-Asian move that is expected to cross borders.