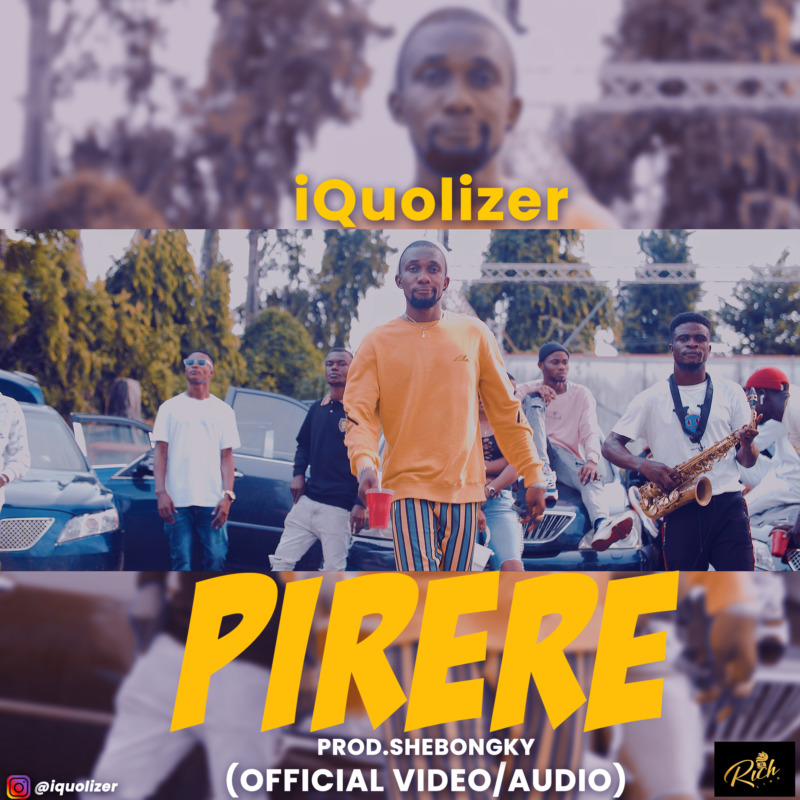 To Kickstart the Year officially, iQuolizer returns with the release of “PIRERE”.

iQuolizer’s consistency and persistence can’t be doubted as he keeps the flag flying. Kicking off the year with a smash, It’s already a big strike as he rolls out with the Audio / Visuals to the most anticipated song “PIRERE”.

iQuolizer who’s also known as iQuo Kedo’ has been strongly representing the southern part of Nigeria over the years, earned the respect and admiration of music lover with his ground breaking singles like Imafiop and Ofofon to mention but a few.

“PIRERE” is a song that reflects on the everyday life, the singer displays his versatility to blend Afrobeats with a feel of Trumpet that instantly birthed another banger. The new song was produced by the talented Shebongky Riddimz.