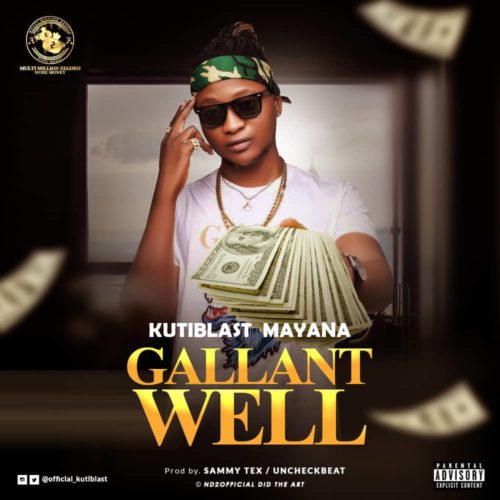 Ondo state born musician, based in Lagos Olasunkanmi Kuti has released his single “Gallant well” The 26-year-old who is also known as Kutiblast Mayana sings in a blend of Yoruba and pidgin English

The song was released under his record label, more money record (MMR) /(AFMW) Annmom foundation for mothers welfare, an organization which has taken the issues of quality life for mothers and children to a global stage. The foundation sponsored Kuti Mayana who was an orphan from the age of two, Kuti Mayana graduated as a music artist from the king Amachree university Cotonou, Benin