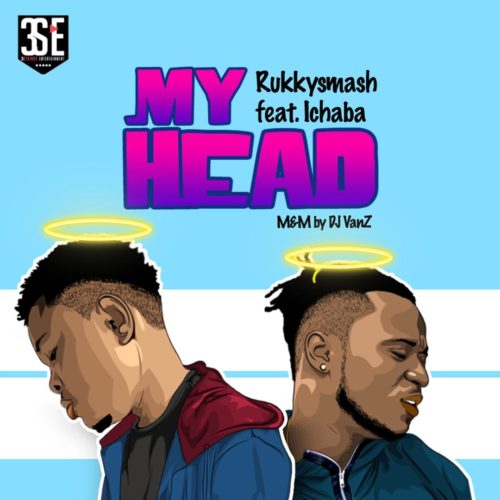 Rukkysmash who is currently signed to 3 strings entertainment, Rukkysmash has been on the music scene with songs that are melodious and captivating.he is currently working on his EP which is set to drop before the year runs out.

He stays consistent by dishing out a new single with the visuals which are titled MY HEAD and features ICHABA from DMW camp the song is produced by DJ VANZ and video directed by BENNYBLACK.