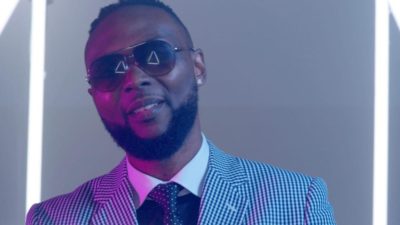 When he is not preaching the gospel of economic change, Baba Kuboye is schooling us on how to get the groove on. It has been an eventful year for the artiste, with the successful release of his sophomore album in August 2018 which featured some powerful singles and collaborations such as Femi Kuti and Reminisce; multiple international moves have followed since then.

Ricocheting off the astounding success of his One Day album;the internationally acclaimed artiste proceeds to premiere the visuals to one of the tracks on the album; “Robo Dance“. He recently performed in concerts in the USA with Falz in Dallas, Texas; With Wizkid in Houston, Texas and also Peter P Square in Houston Texas. He was also recently sighted in Lagos Nigeria at the 2018 Felabration as well as the AFRIMMA Awards.

Robo dance is a dance-track produced by Baba himself alongside Fliptyce. The video was shot in Orlando, Florida and directed by Marcus Small of Domino Effect Productions. Groovy enough for the season, Baba Kuboye wants to see his girl do the Robo dance as she rocks to his Afro beat sound.