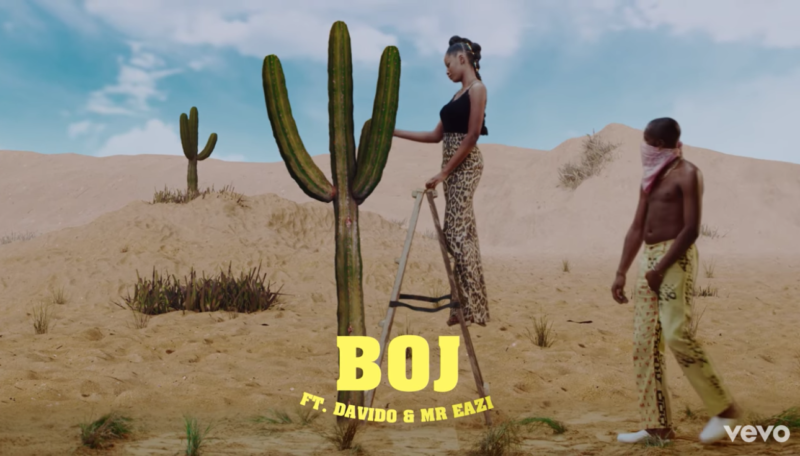 “Abracadabra Video”, Boj, the godfather of Alte, has just stepped up with the Afrobeats team-up of the year, calling on two of the busiest legends in the game—Davido and Mr. Eazi— for his new single “Abracadabra”.

Boj opens the track by weaving a spell over the object of his affection (hence the ‘Abracadabra’ of the title). Davido then jumps in with an endlessly catchy hook that’s set to shut down dances from Lagos to London, with Mr Eazi coming through to lace the second verse with his inimitably melodic flow. The end result is three artists at the top of their game

This hit single dropped 3 weeks back to a great reception from fans and Boj has just dropped the video to this banger.

He enlists his friend and longtime collaborator / producer, ‘Genio’ on this. GET MP3

This stellar video was directed by Ademola Falomo and produced by Ladder, Lex and Booker.