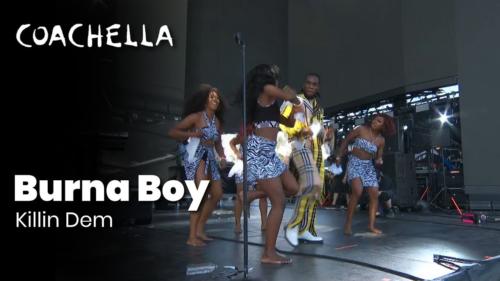 At the globe stage Burna Boy said “Now am going to show you what dancing looks like, where i come from, Everybody say ‘Eeee ye, Gbe body eh’ “. It is Zanku to the World indeed.

Coachella is one of the biggest and best music festivals in the United State and in the World. People gather deep in the Coachella Valley on the polo grounds in the desert and dress to impress with Coachella fashion, which includes the notable flower crowns.

Watch the stunning performance by Burna Boy below