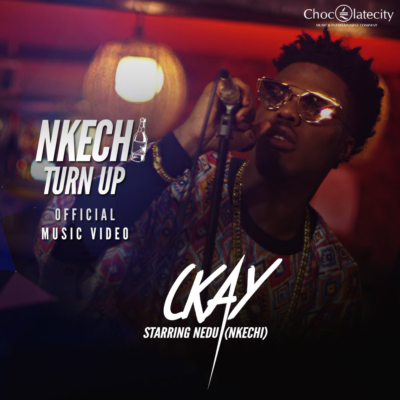 Chocolate City’s newest signing ‘CKay’ is out with the visuals to his first official single “Nkechi Turn Up”. The multi-talented singer, songwriter and producer was officially unveiled in August 2016 and has not taken his foot off the pedal since.

The clean and crisp video to the song was shot and directed by Theophilus King on different locations in Lagos with cameos from Nedu of Wazobia FM, M.I Abaga, Eedris Abdulkareem, Pryse, Funnybone, Ruby Gyang and a few others

Watch, download and enjoy as Ckay’s officially welcomes you to the festive seasons with ‘Nkechi Turn Up’