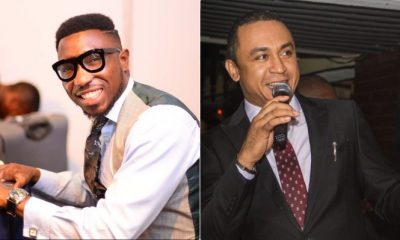 Following the recent social media confrontation between Timi Dakolo and Daddy Freeze on the issue of marriage, a twitter user made a comment claiming to know Timi Dakolo’s side chic and seemingly mocking the singer’s moral right to talk about the preciousness of the institution of marriage.

The revelation has generated wide spread social media talks and Daddy Freeze has joined in the discourse with a reactionary video showing him mock the singer.

Timi Dakolo – Send Down The Rain