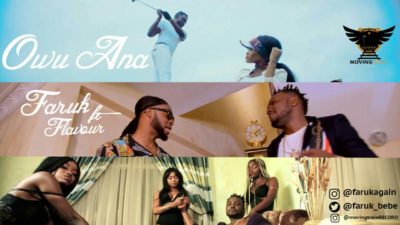 Faruk is back again to the music scene with a dope video as he has been holding it down but this time with Ijele 1 of Africa (Mr. Flavour) in “Owu Ana” which means “poverty is gone”.

Early August 2017 the video was shot and directed by IIIX director Rozay. Faruk is a very versatile highlife/dancehall artiste as we are sure to expect a lot from him under the new label. Meanwhile, Watch the new video, download and share.