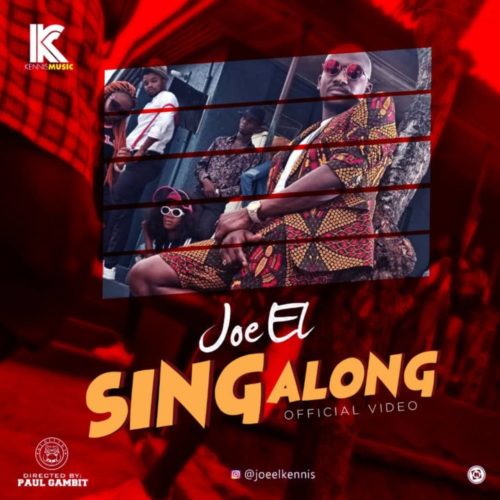 Kennis music flag bearer Joe El dishes out the visuals to his smash hit single: Sing Along . The song which has been enjoying massive rotations from DJs nation-wide was released a few weeks back.

Sing Along is a dance hall feel good sound with some Caribbean flavour which is produced by Dreamkeyz and released under the Kennis Music Imprint.

The video was shot in Lagos and directed by Paul Gambit/Kurlevra Productions.

Every time I step into the club o (Sing along)

The girls them dey jump o (Sing along)

E be like sey na Dangote come o (Sing along)

They dey see me dey run o (Sing along)